Free Reviews / By admin / July 29, 2019
arete
A notion of excellence bound up with the notion of fulfillment of purpose or function; the act of living up to one’s full potential
Plato
ancient Athenian philosopher
Aristotle
one of the greatest of the ancient Athenian philosophers
Pericles
Athenian statesman whose leadership contributed to Athen’s political and cultural supremacy in Greece
Minoans
earliest Greek civilization that had developed on the island of Crete by 2000 B.C.
Classical period
Persian Wars; The Golden Age; The Leadership of Pericles advances in society and culture
lyric poetry
a type of emotional songlike poetry, distinguished from dramatic and narrative poetry
drama
successor to the outburst of lyric poetry
Thespis
Legendary founder of Greek drama—created first actor (speaker separate from chorus)
Aeschylus
( 527-456 B.C)first known writer of tragedies, wrote 90 in all but only 7 have survived; He wrote the only recorded trilogy known during his time.
Sophocles
Wrote the Oedipus cycle, tradgedian
Euripides
tradgedian of Ancient Greece and psycholoist who viewed the conduct of man and the role of the gods with ske
Homer
ancient Greek epic poet who is believed to have written the Iliad and the Odyssey (circa 850 BC)
Aphrodite
goddess of love and beauty and daughter of Zeus in ancient mythology
Apollo
god of poetry, music, prophecy, medicine, and archery
Ares
(Greek mythology) Greek god of war
Athena
(Greek mythology) goddess of wisdom and useful arts and prudent warfare
Hephaestus
(Greek mythology) the lame god of fire and metal-working in ancient mythology
Hera
queen of gods and of the heavens; goddess of women, marriage, and motherhood
Hermes
Messenger of the Gods; god of commerce, speed, thieves, and trade
Poseidon
(Greek mythology) the god of the sea and earthquakes in ancient mythology
Zeus
king of gods and ruler of Mount Olympus; god of the sky, thunder, and justice
Archilochus
Greek poet, lived in exile for most of his life, wrote and encouraged Courage and Moderation
Callinus
citizen of Ephesus in Asia Minor
A Call to Arms
poem written by Archilochus, urging his fellow citizens to resist the barbarian hordes 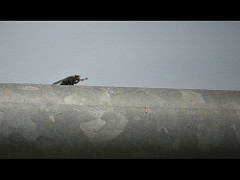